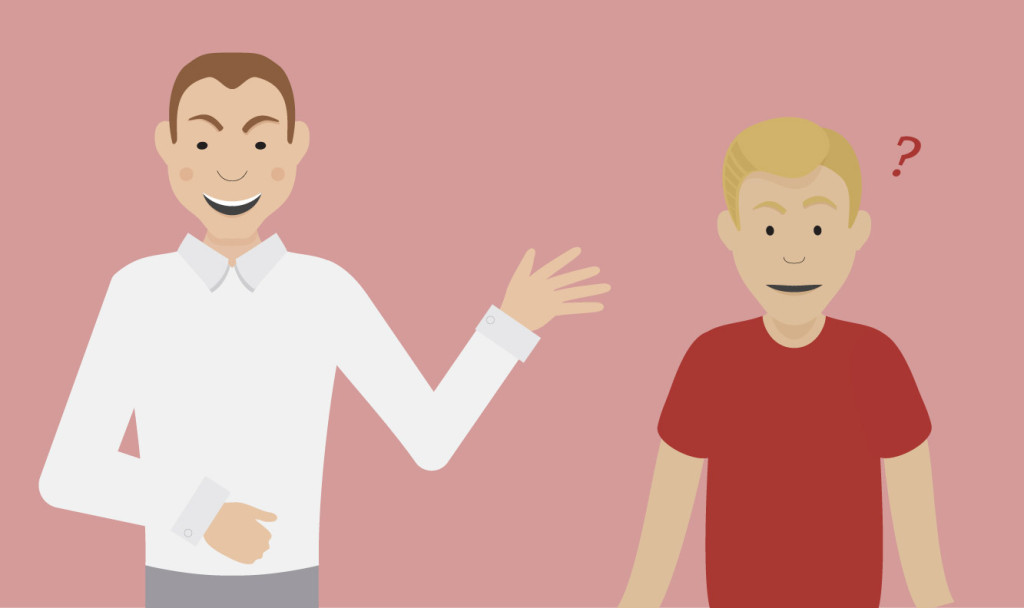 It was the third meeting I had with my boss that week, and it was only getting worse. I had met with him that Monday to discuss my future with the company. I had received an offer from a bitter competitor, and was now strongly considering it.

Quick back story, readers: At the time, I was fortunate to be working on an evergreen project for my company–this is a project that makes money year after year. But I was bored and feeling unchallenged. The competitor had a lot of intellectual property and was desperately searching for the right person to revamp their interactive division. While I loved my current company, I was excited by the idea of turning around an entire division.

I considered my current boss a friend and mentor–he was always willing to offer counsel to anyone who would listen. In fact, people often advised me that I should communicate more like my boss. The only negative accusation against him, they said, was that he sometimes over-communicated, and even then they made this remark as though calling someone, “too good looking.”

So why–after every meeting I ever had with him–did I feel worse than when I started? When I say worse what I mean is that I felt like absolute shit even when I was just observing and not saying anything in a conference room.

It took years before I actually understood why I felt that way. And it had revealed itself in this week, as I considered that other job offer.

Most people in the world are seen as either being a good or bad communicator, which is mostly determined solely on quantity rather than quality. Have you ever been in a relationship where you have been told that you need to communicate more? The interesting part of that challenge is that normally what the person is asking from you is that you simply talk more. They are not asking for you to be more articulate but rather just say more words. Even to the point that they suggest you blurt out your stream of consciousness. The erroneous belief that you can word vomit your way to better communication is the biggest reason that there are destructive communicators.

Now, by and large, destructive communicators are not bad people…they are genuinely ignorant of the damage they are causing with their miscommunication.

Here are a few questions you can ask yourself to see if you know a destructive communicator:

If a person over utilizes any of these patterns, then they are most likely a harmful communicator.

Now that you know what it looks and feels like to experience any one of these, you may want to know it’s possible to counter their potentially abusive patterns.

At Augoeides, we teach people how to be great communicators by utilizing a serious of patent-pending language patterns referred to as Coruscation™ Patterns. There are 31 patterns all designed to make you a master communicator. 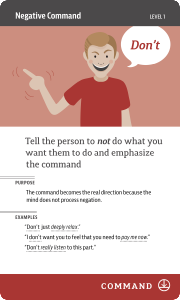 One of those patterns in the first level is the ‘Negative Command’.

The negative command is based on the science that your mind does not process negation.

While it may seem simple to challenge the damaging communicator on their language, it will be futile unless they’ve been through the Coruscation™ training since they will not understand your accusation.

The important part is that you recognize what they are doing and tell yourself that you do not accept their suggestion.

And once you do that, you’ve just taken away their power to inflict damage.

By the way, I ended up taking that new job with the rival company. While I’m still friends with my former boss, he still had to deal with ‘rubbing people the wrong way’ over the years, culminating in a series of lay-offs. Fortunately, I introduced him to the Coruscation™ patterns and now he has been running his own successful gaming studio for a number of years.

Posted in Communication, Coruscation Patterns
← 5 Monetization Techniques That You Should KnowHow I made the best Star Wars game that you will never play (and why I’m okay with its cancellation) →